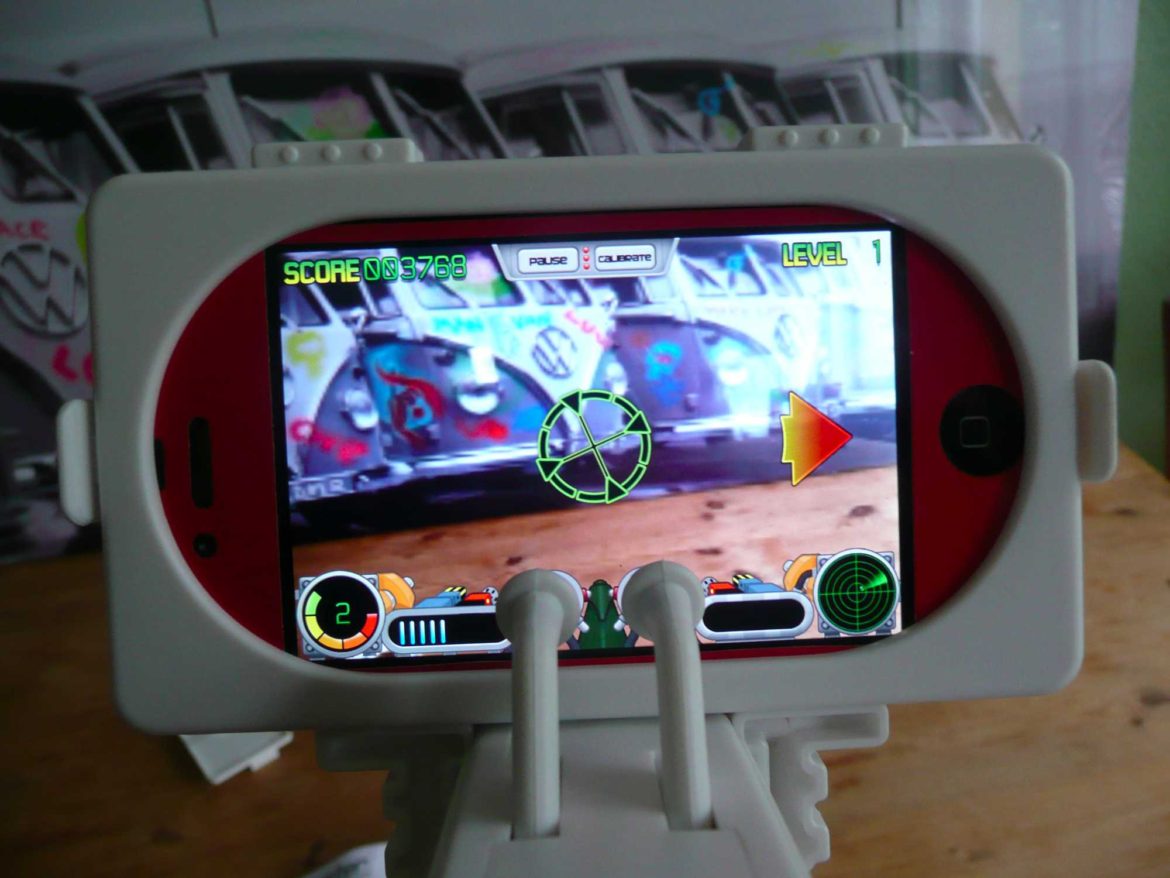 The Appblaster iPhone gun lets your kids commence battle with more of a realistic touch. The Appblaster gun is joyously simple, and clever at the sime time. The gun uses augmented reality on your Apple iPhone to bring an alien attack right into your home. You then use the gun to move around and kill aliens, using the free ‘Apptoyz Alien Attack’ app which you can get from the app store.

The gun is also compatible with iPod Touch.

The app uses the camera as a screen, and as you pan around the room, the app will put deadly aliens inside your own home. Then, you’ll be able to kill them as if they were really in your home. There are two triggers – one of which activates missiles and the other sends smart bombs. It’s a clever new take on gaming and great for kids who have iPod Touch devices!